I think I need to find a new time period in which to write because Roseanna White has the edge in Edwardian romance!

I just finished her first book in the Shadows over England series – A Name Unknown – and it was WONDERFUL.

Rosemary Gresham has no family beyond the band of former urchins that helped her survive as a girl in the mean streets of London. Grown now, they concentrate on stealing high-value items and have learned how to blend into upper-class society. But when Rosemary must determine whether a certain wealthy gentleman is loyal to Britain or to Germany, she is in for the challenge of a lifetime. How does one steal a family’s history, their very name?

Peter Holstein, given his family’s German blood, writes his popular series of adventure novels under a pen name. With European politics boiling and his own neighbors suspicious of him, Peter debates whether it might be best to change his name for good. When Rosemary shows up at his door pretending to be a historian and offering to help him trace his family history, his question might be answered.

But as the two work together and Rosemary sees his gracious reaction to his neighbors’ scornful attacks, she wonders if her assignment is going down the wrong path. Is it too late to help him prove that he’s more than his name?

What do you get when you have a thief for a heroine, a reclusive, stuttering writer for a hero, a dangerous plot that reaches all the way into the beginnings of a world war, AND a God who can work all things out for the good of his kids? (even when his kids try to hide from the world in their country estate houses)? You get Roseanna White’s wonderful story, A Name Unknown.

From the beginning to the end, the novel held a thread of suspense that underpinned every other scene. Rosemary Gresham endeared herself immediately by being a feisty yet loving woman trying to etch out a better life for herself and her ‘family’ than she’d known as a starving orphan. Though a thief, and a very good one, White creates an immediately love for Rosemary because of her struggle to still try to do what’s right…even in her misconceptions.  Given the opportunity to bring some real money into her family and help her country, Rosemary embarks on a mission to discover whether the reclusive England gentleman, Peter Holstein, is in cahoots with Germany.  She’s good at her job, but nothing prepares her for the Truth she discovers. Life-changing…. soul-changing truth. 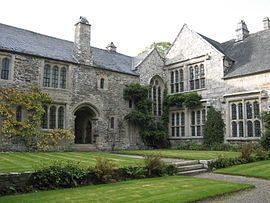 Though speaking words aren’t easy for Peter Holstein, he has an amazing ability to write out his faith and SHOW it through his actions. With a subtle humor, a touch of eccentricity, a tender heart for the plight of others, and an adorable secret job, he easily endears himself to the reader’s, and Rosemary’s, heart. (Despite her best attempts to NOT like him, by the way).

Secondary characters and the suspense plot play a wonderful role in moving this story forward, but the featured heart of this story is the transformation of Peter and Rosemary as a team. Despite their differences, and BECAUSE of their differences, they become so much more together than they could have been apart. Both learn to alter their misperceptions for something more filled with truth and grace than either prejudice or ignorance. Peter grows in his understanding of others outside his sphere (and is WILLING to grow, I might add), but also becomes a stronger, braver man because of Rosemary’s influence, and Rosemary softens her hardened edges because of the gentleness and faith Peter displays in all he does.

Yes, this was a beautiful story. Thank you so much, Roseanna.

Roseanna M. White is a bestselling, Christy Award nominated author who has long claimed that words are the air she breathes. When not writing fiction, she’s homeschooling her two kids, editing, designing book covers, and pretending her house will clean itself. Roseanna is the author of a slew of historical novels that span several continents and thousands of years. Spies and war and mayhem always seem to find their way into her books…to offset her real life, which is blessedly ordinary. You can learn more about her and her stories at www.RoseannaMWhite.com.
Blog | Facebook | Pinterest | Instagram | Twitter | Website