Southern style sweetness is back with author Missy Tippens and

her answer to my Christmas Question.

One thing I’ve enjoyed most about the answers to this question, is how much it shows the spiritual depth and insight of the authors. Whether they intentionally mean to incorporate such depth, or the characters take over the scene, or a mix of the two, the scenes have been beautiful and poignant – pushing the story of faith ahead and taking the readers along with it.

Missy’s are no exception. From Gatlinburg, TN (just down the way from my house 😉 to the small town feel of Georgia, Missy takes the reader on a walk down the streets of these southern places and you meet her characters along the way. Btw, Missy is particularly good at writing about rekindled love…hint…hint  🙂

To learn more about Missy’s books, check out her website at www.missytippens.com.

Her most recent book, A Forever Christmas, came out in November and welcomes in the Christmas season with a story of lost love and lost hope…but, of course, if Christmas is the theme AND it’s a Love Inspired book, you know a happy ending is on the way. 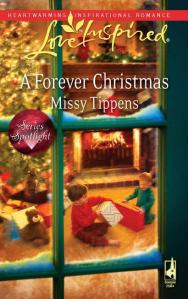 Okay, so what scene has Missy chosen as her favorite?

Of all the scenes you’ve written, is there any scene about someone’s ‘birth of faith’ that you’re particularly proud of?

Yes! In my November release, A Forever Christmas (still available from Steeple Hill Love Inspired!), my hero, Gregory Jones, has a moment of recognition of God’s grace during the children’s Christmas pageant.

Gregory is living with guilt and hasn’t forgiven himself for some things in his past. But while reading the Christmas story from the Bible during the play, he reads this: “For unto you is born this day in the city of David a Savior, which is Christ the Lord.” And he thinks: a Savior. Born to you. Born to me. Then it hits him that because of a tiny baby born in a manger, he’s worthy of God’s love.

It was wonderful writing the scene. And fun, too, with the interplay of the kids and manger scene. 🙂 I knew I wanted Gregory to have some kind of realization during this scene, but it took me forever to figure out how to do it. Then as I was typing up the lines of the Scripture, that one line hit me–personally. And I knew it would hit my character, too. I think it worked really well. I hope readers think so, too! 🙂

Excerpt from A Forever Christmas by Missy Tippens

As they waited while the kids said their lines, he stood close beside Sarah, smelling her perfume and wafts of her shampoo, feeling the brush of her arm against his. Pure torture. She was so close physically, but still so far out of his reach.

Before he knew it, she started reading the pink-highlighted words. “‘And it came to pass in those days, that there went out a decree from Caesar Augustus that all the world should be taxed. (And this taxing was first made when Cyrenius was governor of Syria.) And all went to be taxed, very one into his own city.'”

Blue highlighted the next passage. His turn. “‘And Joseph also went up from Galilee, out of the city of Nazareth, into Judaea, unto the city of David, which is called Bethlehem; (because he was of the house and lineage of David:) To be taxed with Mary his espoused wife, being great with child.'”

Sarah peeked out of a slit in the curtain. He joined her in watching the simple reenactment on their homemade stage.

Then she looked back at the Bible. “‘And so it was, that, while they were there, the days were accomplished that she should be delivered. And she brought forth her firstborn son, and wrapped him in swaddling clothes, and laid him in a manger; because there was no room for them in the inn.'” 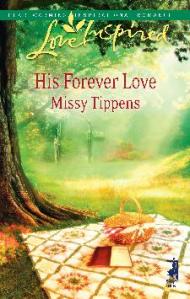 “‘And there were in the same country shepherds abiding in the field, keeping watch over their flock by night,'” he read. Then they watched as Hunter acted out his part. Gregory held his breath as Hunter breezed through his lines.

Once Hunter finished, he turned and grinned toward the break in the curtain, certain that Gregory was watching and was proud. Gregory couldn’t resist. He stuck his hand through the slit in the curtain and gave Hunter a thumbs-up.

“‘And, lo, the angel of the Lord came upon them, and the glory of the Lord shone round about them: and they were sore afraid. And the angel said unto them, Fear not: for, behold, I bring you good tidings of great joy, which shall be to all people,'” Sarah read as Gregory watched

Hunter pretend to be afraid of the angel.

She had to elbow him to read his part. “‘For unto you is born this day in the city of David a Saviour, which is Christ the Lord.'”

A Savior. Born to you.

The reality of that statement hit him broadside. Jesus was born to me. Even the sinner I am. Even with the dishonorable things I’ve done.

Gregory took a deep breath as that thought sank in. Maybe for the first time ever. He wanted to weep. Oh, Lord, forgive me. And thank You for removing all my sins as far as the east is from the west.

Because of the tiny baby in that manger, I am worthy of Your love.

Sarah stared at him. Then she read, “‘And this shall be a sign unto you; Ye shall find the babe wrapped in swaddling clothes, lying in a manger.'”

He realized she was staring because she’d had to finish his lines for him.

But he smiled at her anyway. He was forgiven. His slate was wiped clean before God.

So maybe Sarah would be able to forgive him, too.

He didn’t want to let her down, so he jumped in with his next lines. “‘And suddenly there was with the angel a multitude of the heavenly host praising God, and saying, Glory to God in the highest, and on earth peace, good will toward men.'”

Thanks so much for sharing this today and, of course, I have to steal the verse that inspired Gregory for…

“But the angel said to them, “Do not be afraid. I bring you good news of great joy that will be for all the people. Today in the town of David a Savior has been born to you; he is Christ the Lord. This will be a sign to you: You will find a baby wrapped in cloths and lying in a manger.”

Nothing in all of history could have been as shocking as this.

A Savior? King David’s heir? The Messiah? ‘wrapped in cloths and lying in a manger”? Which one does not fit?

But…it’s so like God and a perfect beginning for the rest of Christ’s mission.

#1 – God has a tendency to go for the unexpected (The best storyteller, you know 😉 He chose Abraham, a nomad who wasn’t even looking for God; He chose Jacob, the younger and trickier twin; He chose Moses, a baby saved from murder-turned-Pharoah’s-son only to commit murder himself then run away; He chose David, the youngest in his family, who ended up committing adultery and murder….the list goes on. What was God thinking?

Well, in essence it seems He keeps repeating: “People, it’s not about YOU – It’s about ME.” He’s the author of  souls, the changer of lives, the reformer of hearts. His work in us, makes us fit for Heaven. His love changes us into what He calls us to be, and he doesn’t need the best bred, cream of the crop, rich and fancy sort. He can use…well…anybody, anywhere…even a teenage girl, a bunch of wayward shepherds, and a stable in the tiny town of Bethlehem.

#2 – If a picture is worth a thousand words, then the birth of Christ is worth ten thousand. Jesus came to clean up our messes, so he starts with giving us an intro into that by being born in a stable. Messy, probably pretty stinky, with the leftovers of animals, it wasn’t the most exciting place a woman could have chosen to give birth…or God could have chosen to introduce His Son to the world – but in essence, he’s letting us know:

“This is what I’m here for. To come to the filth of the world and make miracles happen. ”

It makes me think of the verse in Isaiah 64:6 ” All of us have become like one who is unclean,
and all our righteous acts are like filthy rags;”

But Jesus came to give us His righteousness. To clean our dirty hearts with His redeeming love. We’d settled for the stable and He gives us His Heavenly Kingdom. Our best robes were as filty as the worst rag imaginable, so Christ took off his princely garments and wrapped them around us. Why?

Wow. It’s the epitome of hope.

What inspiration! No wonder those angels were singing!

6 thoughts on “A Birth of Faith with Missy Tippens”