It’s my pleasure to welcome back Siri Mitchell as my 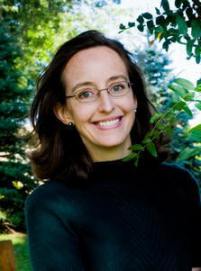 guest for today. Siri seems to have the same mix-up that I do: Her contemporary books are more comedic, while her historicals tend to be more dramatic. All of which are great reads, btw.

I first became acquainted with Siri’s writing through her book Kissing Adrien. Did I mention that all of you should go out and buy Kissing Adrien? Seriously. Once you read it, you’ll wonder why everyone doesn’t want to go out and start Kissing Adrien. J If you love the romantic atmosphere that France exudes, plus a mystery and self-discovery, you should enjoy this book.

And, don’t forget, her newest book She Walks in Beauty comes out in Spring 2010! Yipee! Learn more about them at www.sirimitchell.com

Now, get ready for a tear-jerker. Besides the fact that Siri’s latest release, Love’s Pursuit, gives a remarkable story of a young Puritan woman’s understanding of grace, it is also the heart-wrenching tale of unrequited love. Amazing story…

Okay – time for The Christmas Question:

Of all the scenes you’ve written, is there any scene about someone’s ‘birth of faith’ that you’re particularly proud of?

There’s a scene in my latest release, Love’s Pursuit that still causes me to weep when I read it. (Oh dear, here I go again!) The novel is set among a Puritan community in the 1640s. The Puritans could never actually bring themselves to believe that God loved them. The best they could hope for was some sort of internal ‘sign’ that God favored them. A profession of faith based on that sign could be stated in front of the congregation and it was by this method that the Puritans gained church membership.  It probably won’t make any of your readers cry because they will have missed the build up, but here it is:

I had been interviewed by the minister about my profession of faith. I knew exactly what it was I wanted to say. But somehow, it all got lost in the telling. And I realized, as I spoke that day in meeting, that Nathaniel had been right.

I had pondered the verse in Isaiah that he had quoted to me as we lay in bed that morn. I had learnt it forward and backward, but never before had I put the two parts of it together. Not as I did that day.

Since thou wast precious in my sight, thou hast been honourable, and I have loved thee: therefore will I give men for thee, and people for thy life.

God had seen. God had understood. God had loved.

God had loved me.

He had sent a man to rescue me.

He had sent a man to die for me.

A man had died for me.

I had never been worthy of such sacrifice and I knew that I never would be. I was not good, and could never hope to be, but still God had loved me. Still he had pursued me. And so, as I stood from my bench and walked to the front of the pulpit, it was with tears streaming down my face.

“I am not good. I merit no favor, deserve no grace from God. There is nothing I can do to coax God to save me. Nothing I can do to deserve to whisper in God’s ear, to feel his eye upon me. There is no work that I could accomplish which would place God in my debt or coerce him to act on my behalf. But still, he does it. Still…he did it.”

I had to pause then, for tears threatened to overcome my words.

“Daniel once told me that faith like mine was a gift. The irony of his words was that I had none. My poor faith was based on my own goodness. It was based on what I could do, all the things that I had done which merited God’s favor. But now I know that faith is the last thing in which I should place my trust. Far better to rely on God’s mercy and his grace. I can never hope to earn those. I will never deserve them. But…I have no doubt that God loves me.”

The gasp of those seated before me drowned my words. But I reminded myself of what I had just been taught. “God saved me. I am certain of God’s saving grace. I stand convinced of his love. And it has nothing to do with my faithfulness, for I have none. I am faithless. But he pursued me because he loved me. He wanted me.”

I looked around the room, but no one would meet my eyes. And I knew why. I had spoken a blasphemy. Truly, God wanted none of us. Surely, he would toss us, all of us, into hell, without a qualm. None could be convinced of his love, it was not for us to truly know of his grace. It was only for us to hope. And pray for his goodness.

But I did not hope, not anymore, because I knew with a growing conviction. God was only good. Oh, that he should even want one such as me. But despite all reason, despite all teaching, I knew that he did. He had shown it. He had shown that he loved me by reaching down and rescuing me and exchanging the life of a good man for my own.

I covered my face with my hands and wept from that knowledge. Wept from God’s vast love which had been wasted on such as me. Though I had done nothing, would never do anything to merit it, I was grateful for it. Beyond grateful for it. I was jealous of it. I would let no one pry it from my hands. Not ever.

The minister coughed into his hand and then brushed it against his beard. “It is commendable, Susannah Phillips, that you are so certain of grace.”

All eyes were fixed on me once more. And there was present in them a judgment. I knew they thought me a heretic, but I was no longer bound by their opinion. Grace had freed me.

“However, has your…experience…not changed you, somehow, on the inside?”

“Aside from recognizing the depth of God’s love? Nay,” I fairly sobbed that word. “…I am the same wretched soul I always was.” Amen and amen.

I knew then that I would never be accepted as a member of that church. As I moved down the aisle to take my seat, people pulled their skirts from me for fear of contamination. Mothers shielded their children from me for fear of contagion. From this point onward, I knew I would take Hope’s place. It was me the outsider now, me the stranger. But there can be no stranger thing than the saving work of God’s grace. Or the goodness of his mercy.

My spring 2011 release is currently untitled (actually, it does have a title, but it’s too boring…and at the moment, it doesn’t really seem to apply). It’s set in 1918 Boston among a group of Italian immigrants who are torn between the Old Country and their new one. Between tradition and all of the new people and experiences that have so recently come into their lives.

Oh Siri, I can’t wait to read it. What fun…and Italians. Sounds spicy to me.

This excerpt was beautiful and a wonderful reminder to us. Thank you so much for sharing.

All of us also lived among them at one time, gratifying the cravings of our sinful nature and following its desires and thoughts. Like the rest, we were by nature objects of wrath. But because of his great love for us, God, who is rich in mercy, made us alive with Christ even when we were dead in transgressions—it is by grace you have been saved. And God raised us up with Christ and seated us with him in the heavenly realms in Christ Jesus, in order that in the coming ages he might show the incomparable riches of his grace, expressed in his kindness to us in Christ Jesus. For it is by grace you have been saved, through faith—and this not from yourselves, it is the gift of God— 9not by works, so that no one can boast.

What else is there to say that isn’t already said in the above passage? We were dead, objects of wrath, and now we are objects of love, recipients of grace, heirs to a kingdom we did not build. All because of God’s amazing love.

Could we do anything to earn it? Anything to win it?

Nope – we were dead. We couldn’t do anything at all.

But God – who knew the frailty of our humanity because he took on human form- loved us so much we wouldn’t leave us dead. He breathed the breath of life into us through his Holy Spirit and we are His.

“”Glory to God in the highest,
and on earth peace to men on whom his favor rests.” Luke 2:14

2 thoughts on “A Birth of Faith with Siri Mitchell”