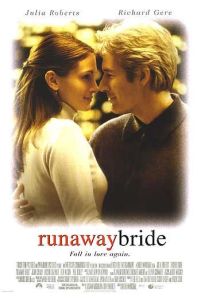 In the movie popular movie Runaway Bride, Richard Gere and Julia Roberts first encounter is a hilarious Hollywood Meet Cute. And there is already hostility toward each other before their first face-t0-face contact.  Here is a link to watch the trailer. http://www.youtube.com/watch?v=6xD3xkxp4kg

There’s a great deal of tension already in place and it’s a wonderful exchange between the two of them. Heat and just a teeny bit of attraction.

Today I have Deb Kinnard visiting. Deb has been writing since she was ten years old. She’s published a wide range of books since 2002. This year she’s already had two.  Damages  and Seasons in Our Mist both came out in April.

I’m happy to have her as a guest today and to introduce you to her work. And did I mention I

So Deb, what do you think makes a good hero/heroine first encounter?

I try to write the first meeting as a sort of dance — he spots her; she spots him; there’s a sort of mental or even physical circling around, sizing each other up. Pre-judgments and biases rear their heads. Sometime the dance is smooth and graceful, sometimes clumsy and even ugly.   Here’s what I mean about prejudices spoiling the rhythm of the dance. The except is from SEASONS IN THE MIST, which released 4/1/10 from Sheaf House. Bethany, the time-traveler, has been escorted from her landing place to Sir Geoff’s overlord in a larger town, and she thinks she can manage the lord…oh, how wrong she is!

“Ah, there she is.” Sir Geoffrey approached with a taller man. “My lord, allow me to make known to you Lady Betaine de Linstreau. Lady, Lord Michael, baron de Veryan.” 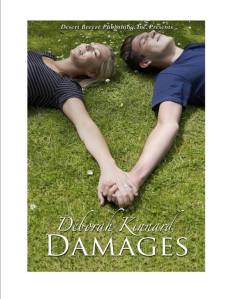 Again, her name hashed into Frenchified nonsense. She bent to a hesitant curtsey, afraid her wine would spill. The gesture made the strap of her leather pouch slide down her shoulder, and she rose with greater speed than courtesy demanded, hooking a finger around the strap.

Their host’s voice sounded light and pleasant, not the deep bass she’d expected in a man so big. He had ebony hair in dire need of a haircut, for it feathered around the embroidered neck of his russet tunic. Its wool, she noted, was finer than any she had yet seen. His eyes were the color of the last autumn leaf, and right now they narrowed as they scanned her up and down—somewhat insolently, she thought.

“What is this you bring me?”

She felt her cheeks grow warm. In few words, Sir Geoffrey detailed Bethany ’s encounter with brigands and the blow on the head—creations of Lady Alys’s imagination—that had robbed her of memory. Lord Michael gave a nod, and Geoffrey bowed and left them. Another peremptory gesture brought a manservant scurrying with a large carved chair for him and a stool for her.

What? I’m no lapdog to sit on a hassock at my lord’s feet!

A smile teased mobile lips, but a hard one, without warmth. “Lady, rest,” he said. “It is a long and weary journey from the coast.”

She lifted her chin. “If it please you, my lord,” she said in a manner she hoped was haughty, “I shall stand.”

He gave a negligent wave. An observant manservant rushed up. “Tamkin, a chair for the lady.”

Her cheeks heated, and she studied the hall, ostentatiously ignoring him until the chair arrived, then nodded thanks at the servant.

Lord Michael studied her. “You are comfortable?”

Hardly. Comfortable means not afraid of every word and glance.

The Magi – who were they anyway? Well, all we know for sure is that they were foreigners and they studied the stars, even the prophecies. They were willing to travel a far distance in search of a newborn King.

Conflict? The devious King Herod’s scheme to get the Magi to tell him where the newborn king was born. And the warning to the Magi not to follow his request. But they followed the star – and found the King of Kings.

Tomorrow!! Join me for the award-winning author, Deeanne Gist.