Besides having a name that radiates warmth (;-), 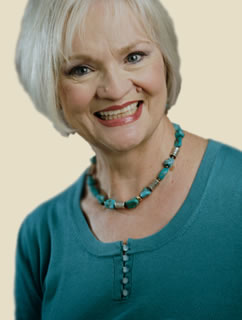 Golden Keyes Parsons is also the author of some beautifully crafted historical novels set in France. Emotional poignancy and religious persecution grip the reader’s attention and pull her into a world of glamour, treachery, and characters who are willing to risk all they have for what they believe.

History comes to life through the lives, struggles, sacrifices and triumphs of her characters.

She and her husband, along with some others, founded a ministry known as Matters of the Heart, so when she isn’t delving into 17th century history, she’s either encouraging others in their faith or working alongside her husband in their ministry.

To learn more about Golden’s books and ministry, check out her website at:

Now for my Christmas Question.

Of all the novels you’ve written, do you have scene featuring someone’s ‘birth of faith’ (conversion, recommitment, etc) that you found particularly touching or fulfilling to write? why?

All three have characters who come to faith, although perhaps not as “out there” as some evangelical readers might like. But I tried to be true to the era and to the characters. My favorite one, I think, is in the first book, “In The Shadow Of The Sun King,” when a revelation of God comes to Pierre, a heathen, handsome, debonair courtier in King Louis XIV’s court. Pierre had become entangled in the lives of a French Huguenot (Protestant) family, fleeing the religious persecution of King Louis’ Catholic government. The young courtier hardly knew what had happened to him; all he knew was that he had been seeking God and then after his experience in the forest that day God was real to him. He has to grow into understanding what that meant. Here’s the scene:

Does God even care about the plight of humans? Does he not see? Is he deaf that he cannot hear the groans and the cries for mercy of his people?

Pierre ’s thoughts of a search for a God who reaches down to man and involves himself in the affairs of earth consumed him as he rode along. Madeleine’s God was a tangible force in her life. He envied her faith in such a God. Ever since meeting Madeleine, a hunger to know this God that seemed so personal to her hounded him. He longed for that kind of relationship with the heavenly Father. He was tired of court life, women at his every whim, and deceit. The life he lived was a façade, and he wanted reality now. He truly wanted to know God. But he knew not how to find him.

After riding for a couple of hours, he pulled his horse over to a 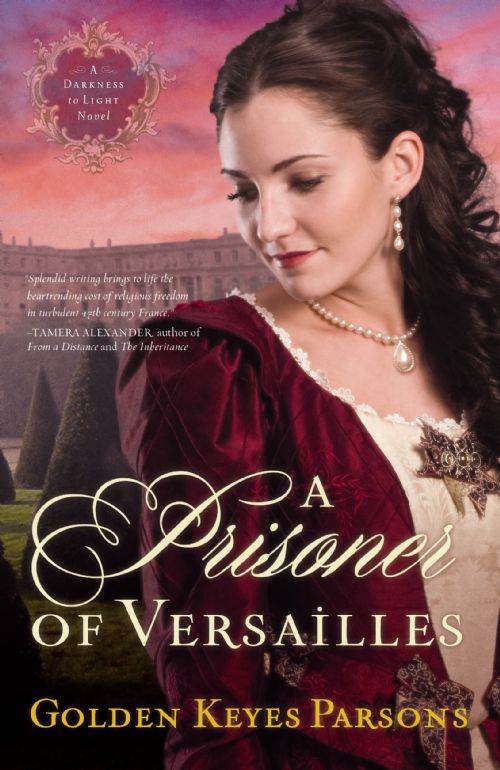 grove of trees, sat on a log and let the reins drop loose, so his horse could graze. Pierre pulled out a flask of wine and the piece of parchment with François’ name circled. He could return to Switzerland and tell Madeleine he had found nothing. But he knew he couldn’t do that to her. He genuinely loved Madeleine and despite his own longings, wanted what would make her happy. If François is still alive, she could have her family back again. What if he is alive? How was Pierre going to get him out of the galleys? He would have to devise a plan at that point.

Pierre’s thoughts returned to his relationship with God—or his lack thereof. He pulled off his hat and put it on the log beside him. He looked up at the sky through the leaves of the overhanging oak trees and watched the clouds for a few seconds. Oh, God, I don’t know about all this. I’m confused, but somewhere deep within me, I am feeling a – uh – a tugging of my spirit toward You. If You are real, if You care anything about a lowly human subject, I-I need You.

Pierre found himself kneeling in the soft moss beside the log. Wildflowers waved their multi-colored heads at him as a brisk breeze blew his hat off the log. Butterflies flitted about, darting from flower to flower. The breeze tousled his hair and cooled his face, and a distinct impression settled in his heart, All is well, Pierre. You don’t have to wonder any more. I am with you. Peace be still.

The breeze ceased. Pierre sat back on the log and watched the gentle rhythm of nature around him. He was aware of a compelling sense of peace, of well being—as if a load had been lifted from his shoulders. He felt different. Was this real, or was he imagining this shift in his heart?

How long he remained on the log, he didn’t know. He turned to retrieve his hat and stopped as he observed a butterfly teetering on the edge of the brim. The butterfly remained, then flew to his hand and lighted for a moment. Pierre carefully brought his hand closer to observe the intricate patterns and brilliant colors in the wings of the delicate creature before it flew away. Pierre was seeing God’s creation with new eyes.

Pierre mounted his horse and left the sacred spot reluctantly. He still didn’t have answers to all his questions, but he had a perception that he now possessed a relationship with a Heavenly Father who did know the answers. Pierre assumed all he had to do now was seek and follow God as he led him. How to do that, he hadn’t a clue, but he decided he would simply ask God for direction.

“God, uh, Heavenly Father … ” His horse turned his head and looked at Pierre. “I’m not talking to you.” He patted the stallion’s neck. “I’m talking to God.”

Pierre started to laugh. He laughed as he had never laughed before—loud, and unrestrained. “Me. Pierre Boveé, talking to God.” He let the reins rest on the saddle horn and threw open wide his arms. God, thank you. Thank you!

Pierre searched for the words to express himself. In amazement, he suddenly realized what it was that he was experiencing. He felt clean—a jaded, conniving, scheming, womanizing courtier of the French court. “I feel clean. That’s what I’m feeling—clean. Mon Dieu, thank You for whatever this is that has happened to me. I don’t know if I’m crazy or what—but it feels wonderful. He picked the reins up and spurred his horse. Now show me what to do and where to go. Merci, merci, merci!

Thanks Golden for the ‘sneak peek’ of that beautiful scene in your novel In the Shadow of the Sun King. And thanks for being my guest today.

****If you haven’t read one of Golden’s books, take the opportunity to win her novel The Prisoner of Versailles by leaving a comment with your email address below. There will be a drawing for a winner at the end of the day  today 🙂

For a quick introduction to the book, follow this link:

“The virgin will be with child and will give birth to a son, and they will call him Immanuel”—which means, “God with us.”

No matter the storm within or without, God is with us. He made it crystal clear in the entry of Christ into the world. God was no longer a distant voice, a cloud of fire or shock of lightning, he was in human flesh. He walked with us, talked with us, touched us – so that we could know him.

His incarnation became the means for our salvation and future hope, and his promise to “be with us always even to the end of the age” (Matt 28: 20) reminds us that he is still with us. Loving us. Holding us. Promising us a future.

3 thoughts on “A Birth of Faith with Golden Keyes Parsons”