Someday My Prince Will Come…in Print 😉

I know, it’s kind of dated, but who doesn’t like that little blue fairy. Her dry sense of humor is great.

Also, who wouldn’t like to have some handsome fella sneak up behind your pet owl and start singing “Once upon a Dream”. I’m sorry, the pet owl kind of threw me off for a minute.

When writing romance novels, one of the jobs of the author is to bring a ‘prince’ to readers. For guys, I guess we bring princesses too.

Princes come in all different shapes and sizes. Just like any true hero, but some qualities are universal for your prince, or hero, in a novel.

1. A hero is strong. This doesn’t mean just physically strong, but someone who can rise above their circumstances. An overcomer. A fighter. Even if his physical strength gets low, he can forge ahead with his inner strength of character or motivation.

Hugh Jackman in the movie Australia exudes strength and manliness like any good cowboy should 😉 Tough as nails, hard-working, and determined to try and do what is right (even if it’s only right to him), his greatest defining trait is not the heart-stopping episodes of physical exertion, but the strength of character which leads him to rescue children from German bombers in the end of the movie.

2. A hero must be willing to sacrifice. In almost every good book, especially inspirational fiction, there is a defining moment when the hero (and most times heroine too), but make a sacrifice of some sort to end the story. If it is a sacrifice of his/her will, other dreams, pride, whatever…heroes usually show some sort of willingness to give of themselves over and above their ‘call’.

Another great man in a hat. Whew. In about any Indiana Jones film, despite all the physical action, Indie always has an opportunity to ‘sacrifice’ his wants for the care of others. It makes him ‘human’ and even more likeable than all the fast-pacing stunts and clever humor (though I don’t discount humor – it is a very important hero trait).

If he isn’t giving up a treasure to save someone’s life, he’s risking his own life for the sake of other people.

3. A hero is usually a smart fella. He may not be an Albert Einstein smart, but he’s able to use his noggin’ in ways that make him likeable and support his internal strength. He may need a little help along the way, and may not get all the ‘woman-guesses’ right, but his abilities to problem-solve, strategize, plan, and seek an end to some sort of dilemma, show is intelligence.

In the movies, National Treasure 1 & 2, not only is Ben Gates a smart guy, but he holds some of the other 2 qualities as well. His cunning and quick-mind, help him solve a national mystery and become fairly wealthy, but also keep him and his friends from dying on several different occassions.

Most movies – even romantic comedies, have heroes who are smart…again, maybe not brilliant, but they can display their particular smarts in one way or another which adds to the story.

4. Heroes have some sort of moral code or inner goodness. This doesn’t mean they are angelic. They can be bad boys, but at their heart…or in the end, they become good…or at least choose to do good things. This is especially true in inspirational fiction, where the faith thread weaves through the story.

Rhett Butler is one of the kings of ‘bad boys’, but even knowing this, we find glimpses of his inner soul shinging through. He rescues Scarlett on several occassions, takes care of others – even slaves, and even helps in the war efforts. He gives…and gives to that flighty Scarlett until he’s fed up with her and her flattering green eyes. Why do we like Rhett? If he was all bad, all he’d be was eye-candy, but there’s some inner compassion – some highlights of self-sacrifice (like #2) which makes him a hero.

5. Heroes have a weakness. I know, who wants to believe this, right? But to be a realistic hero, he must have a weakness. Hey, Superman had Kryptonite…and Lois Lane 😉 Indiana Jones had snakes…and sometimes greed. There is usually an inner weakness tapped at some point in the movie or story that your hero must overcome.

Mr. Darcy had a propensity toward pride & prejudice. Both weaknesses could have been his undoing, had his attraction for Lizzie not been stronger than them. One of the most likeable things about his character (despite looking quite fetching while in a dripping wet white shirt), is his willingness to admit his weaknesses and strive to overcome them. He becomes more human and his humility is one of the many things that bend Lizzies heart toward him.

6. MOST heroes have a sense of humor. Oh, I LOVE this one. I think ALL heroes need a sense of humor. But lack of humor does not necessarily make-or break your hero. All of the heroes pictured above had a dry, witting sense of humor…even Darcy. Being able to laugh at life, at oneself, or at a situation tends to make a person seem more approachable and likeable.

Whether in Dan in Real Life or Get Smart, funny really makes Steve Carell’s characters. Now, your hero doesn’t have to be as outrageous as Steve Carrell or Steve Martin, even, but a bit of humor goes a long way.

So whether your heroes wear stetsons and ride mustangs, dress in Regency attire and take part in a country dance, or leap tall buildings with a single bound, the inside workings of most heroes are the same. Memorable heroes…somewhat human heroes. I say ‘somewhat’ human, because down-deep, we all want our heroes to be a little bit larger than life – not tall-taleish perhaps, but a dusting of fairytale is really nice. 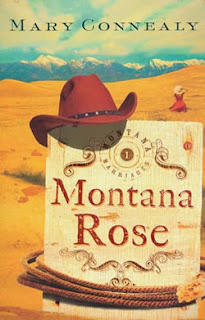 Someday your prince will come? Oh yeah, and bringing him to life in print can be one of the most exciting opportunites as a writer. So…now I’m off to write.